Best VPN for Disney Plus 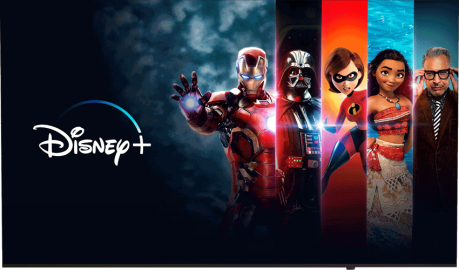 Searching for an easy unblock for Disney+? After the fastest VPN to stream Disney+ in uninterrupted HD? Does your current VPN provider struggle to overcome the Disney+ blocks? Then read our guide to the best VPNs for Disney+ below.

Our Disney Plus VPN reviews explained

Since its launch earlier this year, Disney+ has been a hugely popular new addition to the streaming services world. If you’re a Disney fan or have kids who love Disney films, it’s a fantastic product offering a whole host of Disney classics as well as the likes of Pixar, Marvel, Star Wars and shows from 20th Century Fox. Many of which used to be available on Netflix but are no longer available for fairly obvious reasons.

Unfortunately, Disney+ is currently only available in 12 countries around the globe meaning users elsewhere will need a VPN to gain access to their service but there are plans to extend the service to some European and Latin American countries in the not so distant future so do keep an eye out.

Our experts have rigorously tested and presented the top 5 VPNs for Disney+ below ensuring that users worldwide can successfully unblock and enjoy uninterrupted HD streaming from Disney+. All these VPNs also offer outstanding privacy and security features ensuring you’re always safe online.

What do you need from a VPN for Disney Plus?

Melvyn's top 5 VPNs for Disney Plus

Newly relaunched and better than ever, ZenMate are aiming to break into the top 5 best VPNs that’s for sure! With upgraded hardware, incredible privacy, zero logs and market leading speeds, plus the ability to torrent and flawlessly unblock US Netflix, BBC iPlayer and other popular streaming services. If you want a super-fast, user-friendly, highly secure VPN… ZenMate may be your answer!

Super-fast, highly secure and potentially the cheapest premium VPN on the market right now… ZenMate really are trying to compete with the very best!

What is a VPN and why do I need it to access Disney Plus?

A VPN (virtual private network) allows an individual to securely encrypt their IP address and route their internet connection through a server located anywhere in the world. In simple terms, for people looking to access Disney+ from a region that cannot currently access the service, a VPN tricks the internet into thinking you’re in a compatible country (such as the US, UK, Canada, Ireland, Netherlands, Austria, Germany, Australia, New Zealand, Puerto Rico, Spain, and Switzerland). Many of the best Disney+ VPNs have dedicated servers so you don’t need to worry about finding one that works and all out top 5 recommended providers have been rigorously tested and will overcome any Disney+ blocks.

Is it legal to stream Disney Plus with a VPN?
Yes it’s perfectly legal to use a VPN to geo-spoof your location, enabling you to access the likes of Disney+ and Netflix libraries. VPNs are used by millions of people around the world and are perfectly legal to use apart from in a few sensitive jurisdictions. A VPN also provides you with full online anonymity and the VPNs we recommend wont log any of your online activity.
How do I use a VPN with Disney Plus?

Once you have your VPN subscription, gaining access to Disney+ content is really simple. All you need to do is connect to a server located in one of the current compatible countries (such as the US, UK, Canada, Ireland, Netherlands, Austria, Germany, Australia, New Zealand, Puerto Rico, Spain or Switzerland) from inside your VPN application. Once done, open up your Disney+ app / web page and away you go!

How do I watch Disney Plus on any device with a VPN?
Streaming Disney+ is possible on pretty much any device and certainly all those you would expect. This includes your Smart TV, Amazon Firestick, Tablet, Mobile, Mac/PC and games consoles. Many of the best VPN providers have native applications for all internet devices as well as being able to connect to your router. Streaming Disney+ on multiple devices is really simple if you have both the VPN and Disney+ application installed. Most VPNs also offer multiple devices (usually 5+ but do check as some vary) ensuring you can have content on a wide range of devices for you and family members to enjoy.
Is Disney Plus available outside the USA?
Yes Disney+ is available worldwide as long as you use a VPN to gain access to the service. If you live in the US, UK, Canada, Ireland, Netherlands, Austria, Germany, Australia, New Zealand, Puerto Rico, Spain or Switzerland, you can access Disney+ without using a VPN.
Can you access Disney Plus in the UK?
Yes! Disney+ became available in the UK and Ireland on March 24th 2020 so for those living there, sign up, sign in, sit back, relax and enjoy!
Can I stream Disney Plus on my Amazon Firestick with a VPN?
Yes it’s really easy to stream Disney+ content on your Amazon Firestick. Just purchase VPN subscription that has a dedicated Amazon Firestick app and once you have both the Disney+ app and your VPN installed, just switch your VPN and away you go! If you want to see our top 5 recommended VPNs for Amazon Firestick, please check out our full review page here.
Which is the fastest VPN to use with Disney Plus?
To stream HD/4K content you want to ensure you have the fastest VPN speeds possible to stop any buffering or lag that would interrupt your viewing. Our experts have speed tested all the best VPNs for Disney+ so we recommended purchasing any of our top 5 found on this page. All produce outstanding results well in excess of that required to stream in full HD on Disney+. Whilst a VPN will slow your connection down slightly, the best VPN providers have state of the art infrastructure with thousands of servers to choose from meaning you are unlikely to face any connection dropouts or connection issues.
What is the cheapest VPN to use with Disney Plus?
Finding a cheap VPN that works with Disney+ is really easy! Our best 5 Disney+ VPNs are all extremely cheap and heavily discounted by our VPN partners. You can compare prices above and pick the cheapest option but it’s worth noting that our VPN deals change all the time so grab the best deals while you can!
Are there any free VPN providers that unblock Disney Plus?
Sadly using a free VPN won’t unblock the Disney+ service. Also a free VPN is unlikely to be able to offer the speeds required for streaming Disney+ shows and most are limited by small monthly data allowances. For Disney+ content, a paid VPN subscription is the only way. There aren’t any reputable free VPNs that we have tested successfully to unblock and stream on their service currently. A premium VPN will also offer many benefits in addition to unblocking Disney+ shows and will allow access to all popular streaming content from the likes of Netflix, BBC iPlayer and many more whilst offering the highest levels of privacy and online protection. For more information, please check out our best free VPN reviews page here.
How do I pay for Disney Plus?
You may find that paying for Disney+ requires you to use a payment method or currency from a region you don’t live in. Don’t’ worry as there are many ways around this. You can use a virtual debit card for example which will enable you to set up a card in the region you need. Apple Pay should also work so give that a try if you have the facility. Alternatively Disney+ accept gift cards so you can purchase a Google/Apple gift card from the likes of Amazon and you’ll be just fine! Both these payment methods can be redeemed from anywhere in the world, and the current Disney+ price is $69.99 per year.
What is the best Disney Plus content and what can I stream?
Disney+ has been set up to rival the likes of Netflix and the Disney+ library will continue to expand as new content is added. You can watch hundreds of hours of family movies including all the Disney and Pixar releases. Any new Disney content that is launched will be added meaning you can always watch the latest offerings. Additionally, there are many Disney produced TV shows and additional content from the likes of Marvel, Lucasfilm and 20th Century Fox.